Tonight saw a double Exaltation at Ryde. Brothers Tony Morris and Peter Clabby, who were both Initiated into Vectis Services Lodge 9969 together, were tonight Exalted together into Vectensian Chapter 7852, supported by several Companions from their Lodge.Tony and Peter were Initiated Passed and Raised together so it seemed fitted they should share their Exaltation. The Ceremony was performed by the MEZ of Vectensian, EComp David Hilton MBE, who Initiated Tony & Peter when he was the Primus Master of Vectis Services Lodge.Also during the meeting, two new joining members were successfully balloted for and welcomed into the Chapter. There then followed the election of Principals and Treasurer for the Installation meeting in March.There were a good number of visitors present with 13 from Yarborough Chapter 551. During his response to the visitors toast at the festive board, the MEZ of Yarborough, EComp David Richardson, presented the Chapter Visiting Tankard to Vectensians MEZ.With nearly 40 in attendance, a good sum of money was raised for the Chapters charity account by the acting stewards.An excellent evening of Royal Arch Masonry enjoyed by all. ... See MoreSee Less

Tonight the Deputy Grand Superintendent, EComp Jonathan Stainton-Ellis and the Provincial team, had an official visit to Taverners Chapter 7442 at Purbrook.A superb ceremony was given for Bro Charles Haskell who was Exalted into this vibrant Chapter. It was nice to see the work split between the Sojourners and Principals.There followed an excellent festive board including the singing of the Taverners song.In the photo, the team lined up ready to enter the Chapter. ... See MoreSee Less

Timeline photosJonathan Spence, Pro Grand Master and Pro First Grand Principal, spoke to Freemasonry Today to reflect on his time as a Companion and talk about how the Royal Arch can enrich a Craft Freemason's experience. Read his Q and A here👇www.ugle.org.uk/discover-freemasonry/blog/qa-jonathan-spence#Freemasonry #Craft #Chapter #RoyalArch #Brotherhood ... See MoreSee Less

May the New Year bring you happiness, peace, and prosperity. Wishing you a joyous 2023! ... See MoreSee Less

Timeline photos🫴Manufactured in 1934, this alms box in Crown Derby porcelain is in the form of a domed vault surrounded by miniature Royal Arch working tools.The Latin inscription on the base translates as 'He gives twice who gives promptly'.📷 Museum of Freemasonry ... See MoreSee Less

Every year the Most Excellent Grand Superintendent, (Megs for short) chooses a charity to support for the year, and in the year June 2017 to June 2018 the Hospice on the Isle of Wight was chosen.

The hospice has been renamed  Mountbatten Isle of Wight

All Chapters in the Province of Hampshire and Isle of Wight were asked to consider donating to this appeal.

On 23rd August 2018, at the invitation of the Chief Executive Officer of the hospice and Director of Nursing, Nigel Hartley, our Grand Superintendent and team visited the Hospice to be formally thanked for donations made from Companions and Chapters across the Province. The Total donations were  £39,532.60 to which will be added gift aid which will be claimed by the hospice on qualifying donations made by gift aid envelopes. 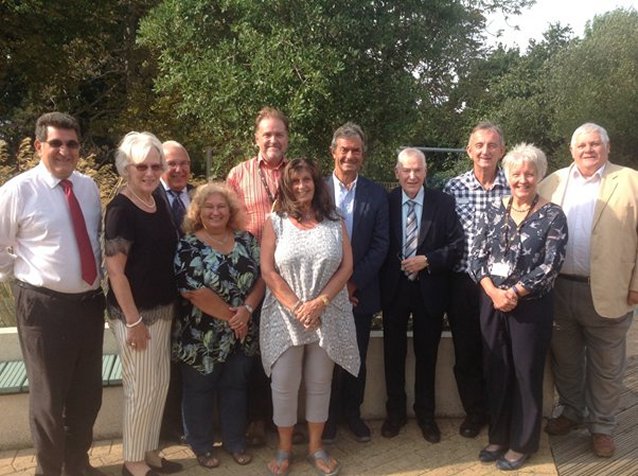 Earlier in the year.

This walk took place on the 6th May 2018, raising funds for “Mountbatten (Hospice) Isle of Wight”.

The monies raised was added to the total raised for the Hospice for the 12 months June 2017 to June 2018 as the Most Excellent Grand Superintendents Charity of that year. 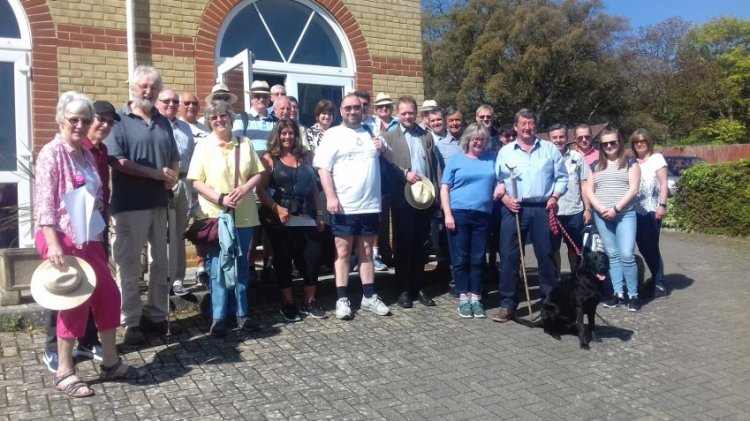